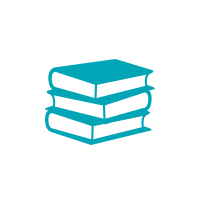 Each year, in celebration of Book Week and Literacy Week, we adapt one of the books shortlisted for the Childrens Book Council of Australia’s Younger Readers Chapter Book of The Year Award.

We create a 40 minute musical production including original songs and puppetry!

The chosen book is announced in April / May, however the tour starts to book up from September (over 75% of the tour has already booked out) so make sure you book early to avoid disappointment!

To give you a flavour for the types books we’ve chosen in that past you can see them further down the page and here is an interview we did with Juiced TV last year:

Suitable for: Prep to Grade 6

“Discussing depression and other mental health issues is extremely important for students this age… raised important issues in a respectful manner.” – Our Lady of the Sacred Heart, Darra QLD

“The messages in the story were great. The puppet characters were good.” – Holy Cross School, Cairns QLD

“The performers were very talented. I enjoyed the inclusion of song and humor. It highlighted how stories can be brought to life through drama and music. It also involved the inclusion of the students.” – St Joseph’s PS, Cairns QLD

“The performance was suited for the older students. The serious issues were made comical at times but the message still came across.” – St. Mary's Catholic Primary School, Rockhampton QLD

“You were able to tell the story exceptionally well.” – St Joseph’s, Cairns QLD

“It hit many themes which allowed the students to identify these easily.” – Our Lady Queen of the Peace, Greystanes NSW

“Great use of the space, humour and dialogue. It told the story in a thoughtful and inclusive way.” – Harrison School, ACT

"The whole show was amazing and too short... the show could be improved by a bigger audience. Everybody who reads the book must look at the show. It's so cool. I really enjoyed it."
"I thought the comedy was on point. Their acting was outstanding, amazing voices and talent."
"My favourite part of the incredible show is the puppets...The show can be improved by NOTHING because it was perfect."
Student feedback

"The movement throughout the room was incredible. Every student had their attention fixed the entire time. The Q&A session where the kids got to ask questions was excellent. I liked pulling out some of the positive themes of friendship, etc."
St Michaels PS, North Melbourne, VIC

"Just a quick thank you for a wonderful performance of Run, Pip, Run yesterday. Debbie and Luke were terrific and the kids were so engaged and asked a heap of questions. Well done!"
J.C. Jones, Author of Run, Pip, Run

"It was tremendously well done and how you got so much detail into 45 minutes is just amazing. The two musical pieces were a terrific addition."
Allen & Unwin, Publisher of Run, Pip, Run

"The puppetry was excellent. Clever use of space. Great interaction with the audience and getting them involved."
Morang South PS, VIC

"I liked how you had different focus areas so the children were looking in all directions."
Al Sadiq College, Greenacre, NSW

“I could not have hoped for a better adaptation of my book. I’ve had several plays produced and another of my books adapted for stage, but none have come anywhere near the high standard I witnessed today. I think it was far more entertaining than many plays I’ve seen at city venues. I’m not saying that just because it was based on my book, but because of the acting, direction - the whole package.”
Bill Condon, author of The Simple Things

View Testimonials
2014 | My Life as an Alphabet
by Barry Jonsberg

"One of the best performances they have seen."
Kyneton PS, VIC

"Wonderful, thoughtful, engaging and stimulating visual performance that did not shy away from the sensitive issues in the text but balanced the performance (in common with the style of the book) with alternating sad, bitter sweet moments and hilarity."
Wattle Park Primary School, VIC

"I really appreciated the discussion and questioning at the end of the show. It was aimed at high-order and inferential thinking. This was also well modelled for teachers."
Camelot Rise PS, Glen Waverley VIC

"A very original and entertaining performance. All kids were fully engaged throughout the entire performance. We all thought it was a very unique and highly engaging way to tell a story with a message! Well done!"
Woodport Public School, Erina NSW

"I've read the story aloud many times and you both did justice to the 12 characters and all of their characteristics. Our students loved the sets and props and talked about the puppets after the show. Thanks for a great Book Week experience."
St Monica's Primary School, Evatt, ACT

View Testimonials
2011 | Duck for a Day
by Meg McKinlay

“My children were inspired to create their own plays.”
Camberwell South PS, Camberwell, VIC

“A genuine career highlight... watching it made me a bit teary.”
Meg McKinlay, Author “Duck for a Day”

"What a fantastic storyline to explore with the children. It really touched in on social and emotional learning and different issues facing many children today. A great story to explore further with our students."
St MacArtans Primary School, Mornington. VIC

"The play related really well to issues and concerns that children in Yrs 5 & 6 deal with. It was good for the children to see how a problem that the character faced could be resolved, i.e., demonstrating conflict resolution skills (integrating well with curriculum/programs taught in class)...Very appropriate for the age group as they children were very engaged and attentive...Great performance! Well done."
Holy Spirit Primary School, Carnes Hill, NSW

View Testimonials
2009 | Audrey of the Outback
by Christine Harris

2009 | Audrey of the Outback | Christine Harris

"The show tied in perfectly with our Australian History Integrated Unit and there was plenty of discussion afterwards about swaggies and the colloquial language of the day. Many thanks for a fantastic show."
The Patch Primary School, The Patch, VIC

"Great show! Even though I have read the book I couldn't tell where events had been left out. The action and flow were seamless from one story section to the next!"
Nulkaba Public School, Nulkaba, NSW

"I liked that it was true to the story and used many of the same words and Odo Hirsch's style."
Trinity Catholic Primary School, Kemps Creek, NSW

“Amelia Dee was a really enjoyable play to watch. We liked the relationship between Amelia and the best friend Eugenie.”
St MacArtan’s Primary School, Mornington, VIC

“The College appreciated your sensitivity to the Christian school ethos in the presentation and follow-up discussion.”
Flinders Christian College, Tyabb, VIC

“Very enjoyable. Very good performance. Professionally presented and pertinent to certain students living/family situations. The number of tears in the audience was an indication of how well the story touched the students. Students were very engaged... All comments from the children were positive. Students were excited by the characters and were keen to discuss the relationships acted out between each character.”
Flemington Primary School, VIC

View Testimonials
2006 | To The Light
by Pat Flynn

"Advantage of this group is that they are educators and connected at kids’ level." Montrose Primary School, VIC

"The grade 5/6's are planning to read "Captain Mack" as a class serial. They were very inspired."
Wattle Park PS, VIC

"Students and teachers thoroughly enjoyed the performance. Our students have not had much exposure to drama / live performances, so they were really captivated by the acting and singing."
Simonds Catholic College, West Melbourne, VIC

View Testimonials
2004 | Stella By the Sea
by Ruth Starke

"Lots of humour which engaged the children… Great themes about community… An engaging, vibrant production.”
The Peninsula School, VIC

“Excellent production. It was great to see how closely you stuck to the story text, but at the same time bought an extra dimension to it! Good choice of material – backyard pet theme children can relate to... Inspiration for drama in class.”
Narre Warren North Primary School, VIC

"We've looked through the teacher's notes and have some great ideas for follow-ups." Yea Primary School, VIC

"First class dramatisation of an excellent story - students were still singing the song and laughing over incidents next week in the library. I thought the play was terrific! Very thought provoking and wonderfully performed."
Christian College Middle School, VIC

View Testimonials
2002 | My Story - A Different Sort of Real, The Diary of Charlotte McKenzie, Melbourne, 1918
by Kerry Greenwood

2002 | My Story - A Different Sort of Real, The Diary of Charlotte McKenzie, Melbourne, 1918 | Kerry Greenwood

"Best performance ever! I've been a teacher for over 20 years and witnessed many performances, but this production was simply the best - totally professional, true to the book, thought provoking, everything."
Narre Warren North Primary School, VIC

"After the performance we talked about this in class. From what the boys said, I could tell they thoroughly enjoyed the play and freely talked about war, it's affects and what life was like in Melbourne in the 1920's. It also motivated some boys to buy the book at the "Book Fair" and read it!"
Scotch College Junior School, VIC

"Very well performed. The material was very relevant to the students. A measure of its success was the fact that almost all the boys were riveted to the performance. Several teachers commented on how attentive the students were, especially the boys…I was very impressed with your professionalism and your handling of questions from the audience. I haven't seen as many of our students willing to ask questions of visitors as they did after this performance."
Nhill College, VIC

"Very funny and entertaining... A brilliant performance. The children were captivated by your humour and talent. It certainly inspired the children to read the story"
Maranatha Christian College, VIC

"It was a huge step for that child to admit that he also couldn't read, just like the character in the play. Obviously the theme of illiteracy and bravery struck a particular chord with him"
Toorak Library, VIC

"Amazing reaction by the students and fabulous interpretation of a meaningful book. Everyone loved it."
Cranbourne Christian College, VIC